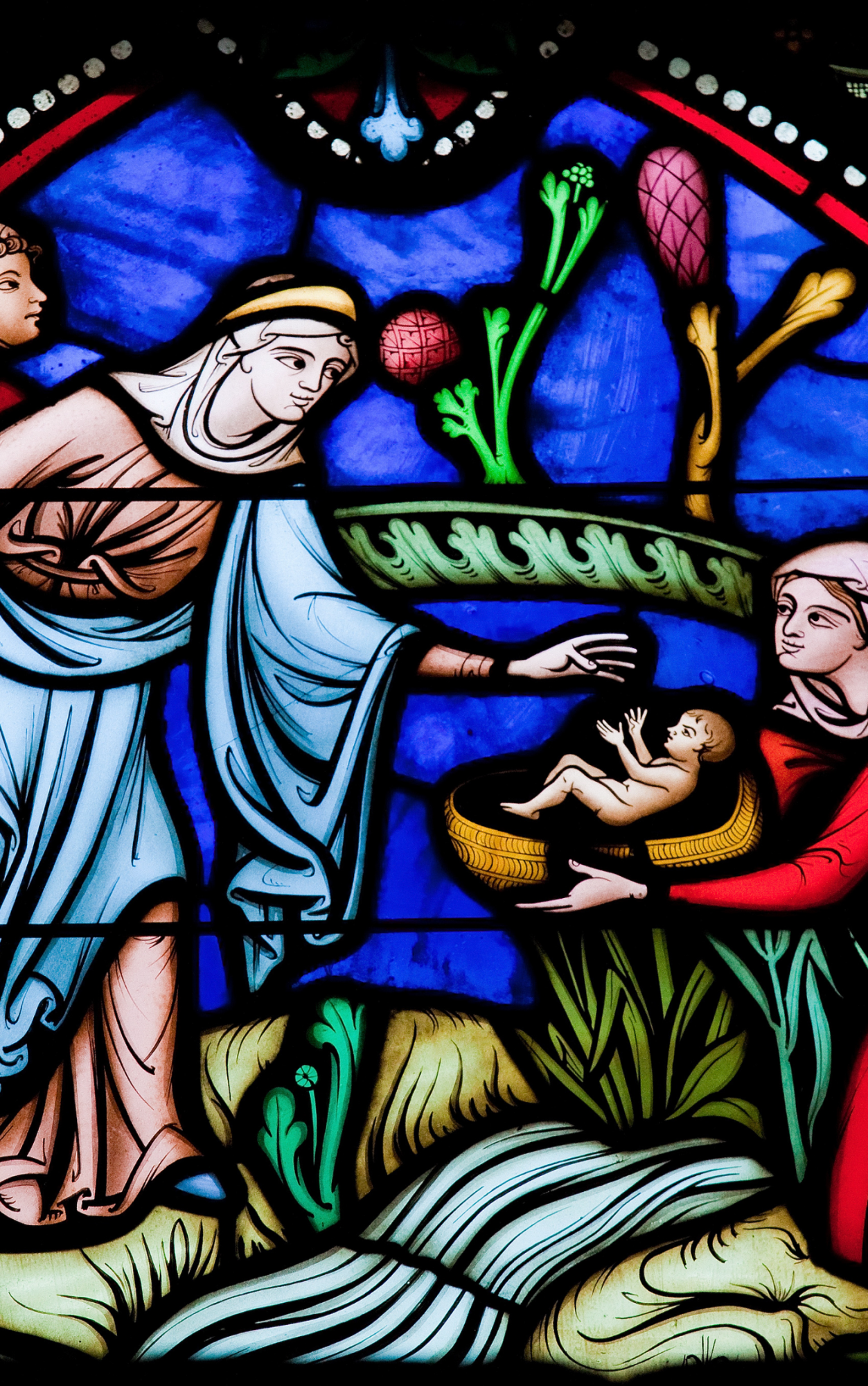 The River Nile is the longest river in the world, snaking some 4,160 miles from Burundi, Africa, to the Mediterranean Sea. And in this beautiful, exotic, life-giving river lives one of the most fearsome creatures in the world, the Nile crocodile. Twelve species of this strong, ferocious creature watch from the shores ready to spring and devour an unsuspecting animal or human being, hardly a place to hide a child, a beautiful child.

In fact, nowhere in Egypt was it safe for a Hebrew child to be born and live under a paranoid Pharaoh like Ramses II (1290-1224 B.C.E.). You see, human crocodiles were on the prowl on the Nile banks, in the streets, in the back alleys, with instructions to kill every Hebrew male child they could find.
Let’s back up a few pages. When we close the book of Genesis, the descendants of Jacob, that is, the children of Israel are comfortably situated as honored guests in the land of Egypt. And the very best part of the land of Egypt, at that.

Jacob's son, Joseph, is a local hero, having navigated the nation (and much of the region) through a devastating period of famine. The Egyptians, along with his own kin, mourn his death. But turn the page, and the story is suddenly different. We open the book of Exodus, and in almost no time we see that the Israelites' circumstances have changed dramatically. The scriptures tell us: "A new king arose over Egypt, who did not know Joseph."

Joseph was gone; the Pharaoh who knew Joseph's significance was gone. Oh, how soon they forget. Now, this new administration does not look kindly upon the relatives of Joseph who now comprise a significant minority within the land of Egypt. It was into this unfortunate setting that a child was born. His name would soon become, Moses (meaning drawn from the waters). During this time Pharaoh had ordered all newborn Hebrew males to be thrown into the Nile. So, Moses' mother hides him for three months until she cannot hide him any longer. She's got her back against the wall. She knows she's got to do something and that's when she cooks up a plan.

Jochebed, Moses’ mother was determined not to lose her son by royal command. When she could hide him no longer, she made a basket of bulrushes, sealed it with tar and prepared her heart to place the three-month-old in it.

It's interesting to note that the Hebrew word for this basket is the same as was used for Noah's ark. Just as Noah used a boat to save a remnant of humanity and preserve the future, so Moses' mother used a floating device to preserve the child who would save the future of Israel.

At an opportune moment, another person enters the scene, Moses' sister. Her job was to hide in the reeds at the river's bank to see what would happen to her little brother. After all, his future was, at best, uncertain. If he was not found quickly, he would die of starvation or be discovered by a crocodile. On the other hand, if he was found quickly, there was a good chance his fate would not be much better.

But then the king's daughter decides to bathe in the river. Of course, this was not a simple affair for an Egyptian princess. She could not simply go down to the river to bathe and swim, like any ordinary person. She was one of the most important people in the kingdom and had to be protected and escorted by a crowd of maidens. It was at the same time Jochebed gently put Moses into the waterproofed wicker basket, a miniature Ark. Then she placed the little Ark in the reeds at the water's edge, making it appear as if it had washed up near the shore.

Possibly, Jochebed was aware that the princess bathed there at the same time each day. I would imagine that she must have been fairly confident that Moses would be found. And sure enough, the princess sees the basket and sends her maid to fetch it. When she opens it; the baby is crying. She feels sorry for him and holds him in her arms and rocks him just as you or I would have done. And she knows full well this is a Hebrew child, for she says a loud in a voice (that Moses' sister can hear): "This is one of the Hebrews' children." And at that, sister Miriam leaps out of the bushes and blurts out: "Shall I get you a wet nurse?"

The princess probably could see that this was all planned and could have said, no. She could have chosen to obey her father’s orders and have this baby killed. But she looks at the crying baby, and she looks at the pleading eyes of his sister and she nods at the girl and says: "Go."

Now, Moses was too young to realize that his infant survival was a miracle. Here is the setting. Moses had come into the world at a time when his people were slaves in Egypt. They had lived there for 400 years. But now the Hebrew birth rate had climbed to a level that intimidated their masters. So, Pharaoh announced a population control policy, newborn girls would be allowed to live, but newborn boys would be killed, with midwives responsible for enforcing the rule. But the midwives, being Hebrew themselves, had no interest in being the government's agents, so they invented the story that they could not comply because Hebrew women were such efficient "baby factories" that they delivered before the midwife could even arrive.

So, at that Pharaoh revised his order, saying: Take the boys to the River Nile and drown them. About that time, baby Moses arrives. And his parents were not anxious to comply with Pharaoh’s orders. Mother Jochebed and his father, Amram, motivated by faith, put away their fears. Jochebed, whose name means, "Jehovah is glory," could think of nothing but protecting her child, God's gift to her. Jochebed boldly became a risk taker, went against Pharaoh's killing frenzy and hid her child.

When that became impractical, she came up with a bizarre scheme, she fashioned a makeshift boat, placed the baby in it, and set it afloat among the reeds along the bank of the Nile. What could she have been thinking? Well, it is hard to imagine. Even so, we heard what happened. Pharaoh’s daughter and her entourage came to the river, found the baby crying in his basket, took pity on him and decided to adopt him. And, of course, courtesy of Moses' big sister, Miriam, the princess arranged for Jochebed to be the wet-nurse. What a strange and unlikely turn of events.

In the short-term plot of the story, through God’s providence, the baby Moses is miraculously spared the death sentence. The very waters that become death to a large part of Moses’ generation, transports him to a place of life, as he is discovered and adopted by Pharaoh's own daughter. Then, Moses becomes the liberator, the lawgiver, the leader and a servant of the Lord.

But the turning point in his life was when he was drawn from the dangerous crocodile infested waters of the Nile, for that is when he received life, instead of death. God had a plan to use Moses’ life and it was a God thing that he was drawn from the waters. The waters that should have led to death for him, instead gently carried him to life.

Believers, followers of Jesus Christ are drawn from dangerous waters, the dangerous waters of sin and death. In baptism, we go down into the water a sinner and come up cleansed and forgiven; we become a new person, a new creation and are given Life in its fullest meaning.
The message in all of this is very simple: God is in control no matter the circumstances.
So, this is what I say: Be open to God’s plan for your life with all its twists and turns. Look forward to serving Him with all that you have. Even celebrate it. After all, you and I are chosen to be a part of God’s unending possibilities. We are not here by mistake. We are God’s plan for today. Don’t ever underestimate the ways in which God wants to use your Life in bringing His ultimate plan to completion.

Look for His presence. Listen for His guidance and put away all your fears when God says: I have drawn you out of the crocodile infested waters of sin and death. I have given you New Life in Christ. I have done that so that you… so that YOU may now go forward with My plan. 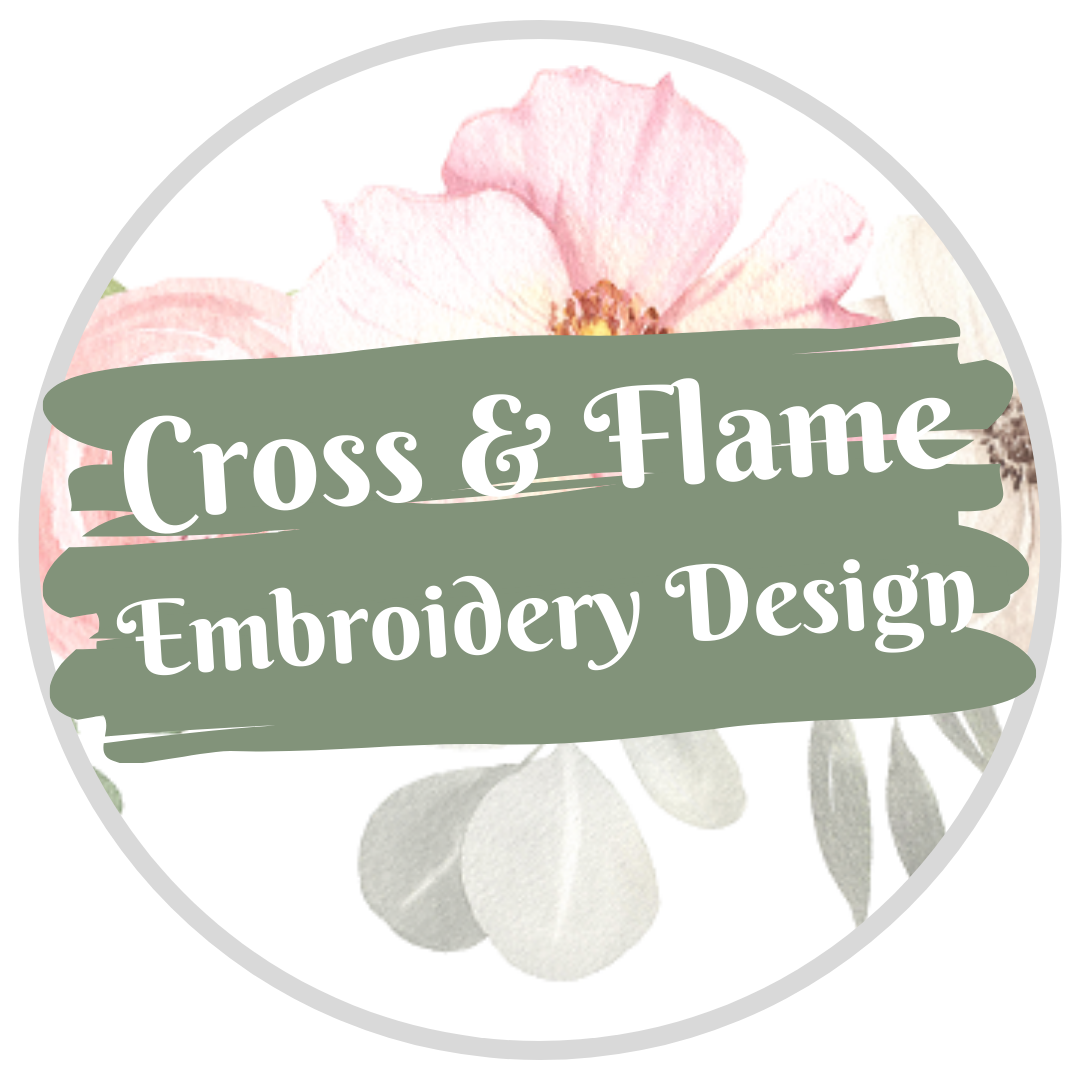 One of the simple things I enjoy doing for the Lord is creating designs for embroidery machines. My favorite & most popular one is the Cross and Flame, a symbol of salvation and the Holy trinity.
Today I am offering to you a free copy of my Cross & Flame digitized embroidery design. Click on the image above to receive it. 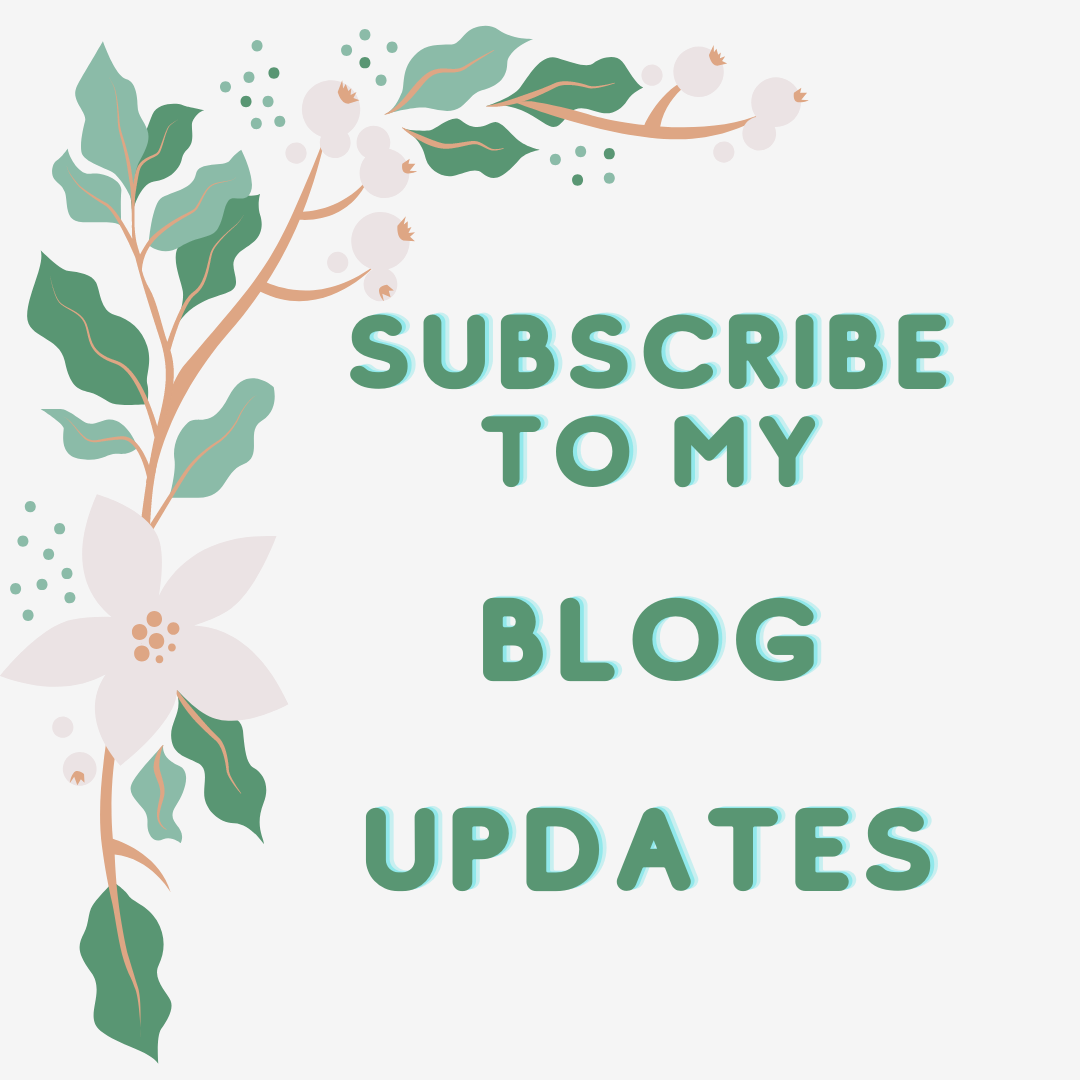 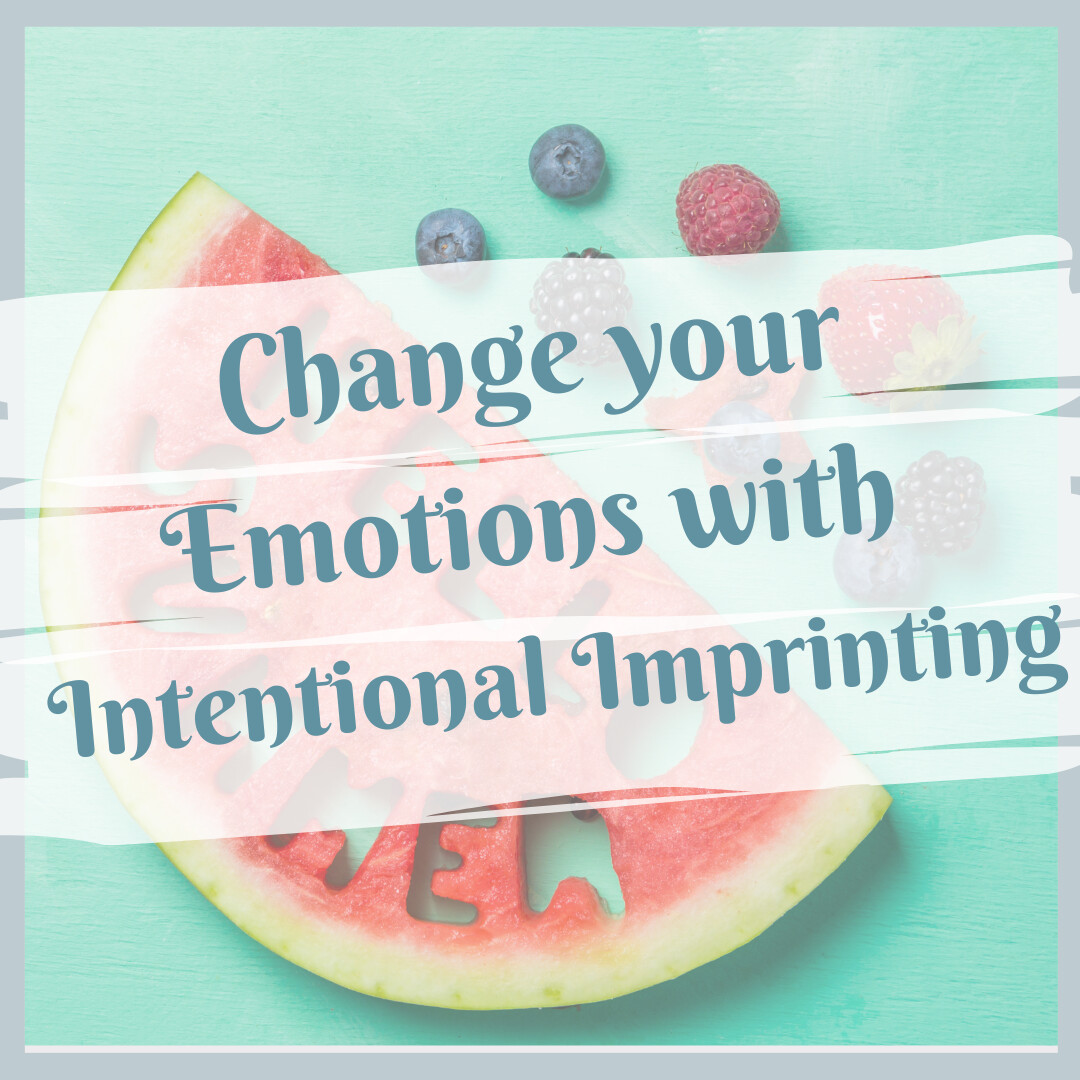 Intentional imprinting! You want to read this!!!! 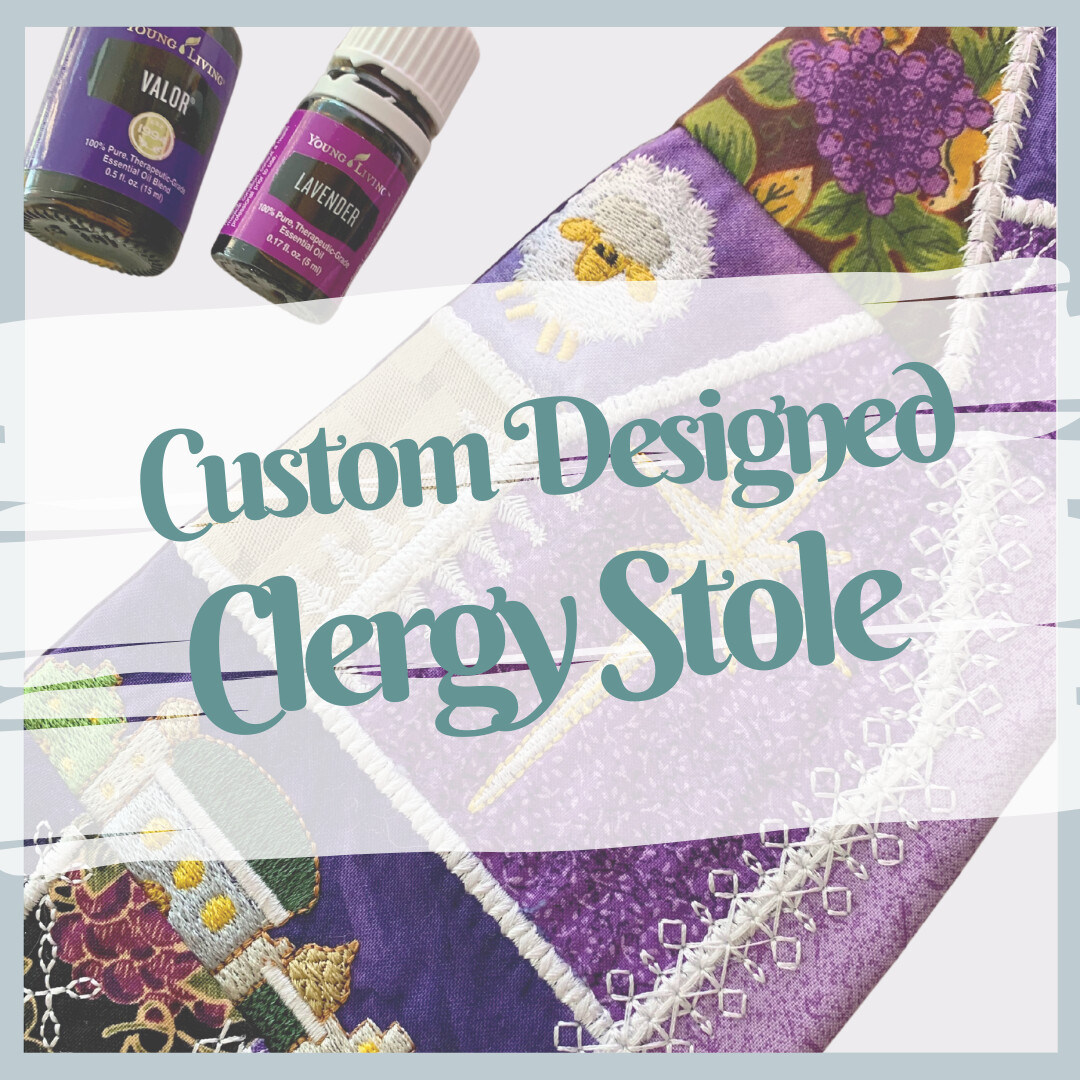 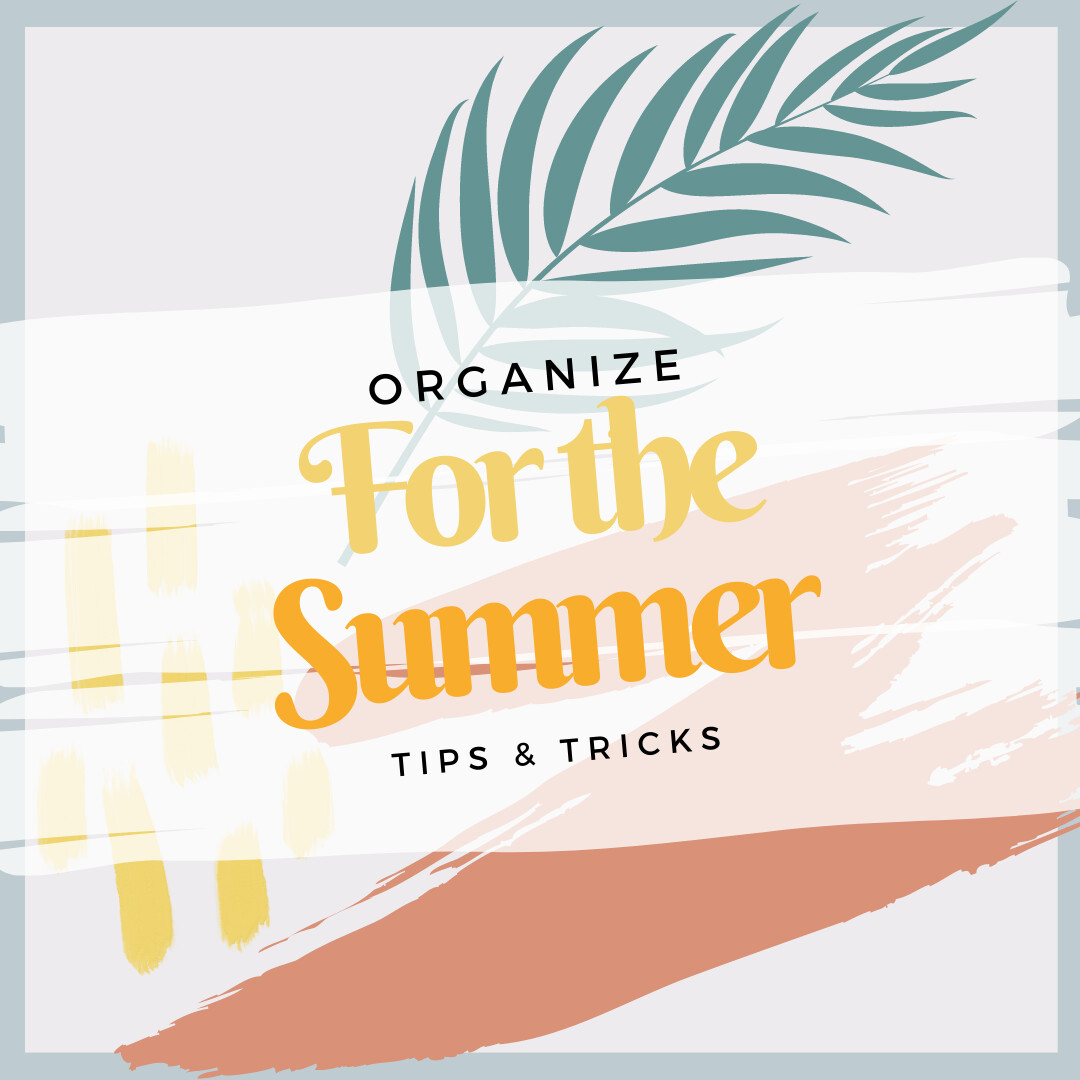 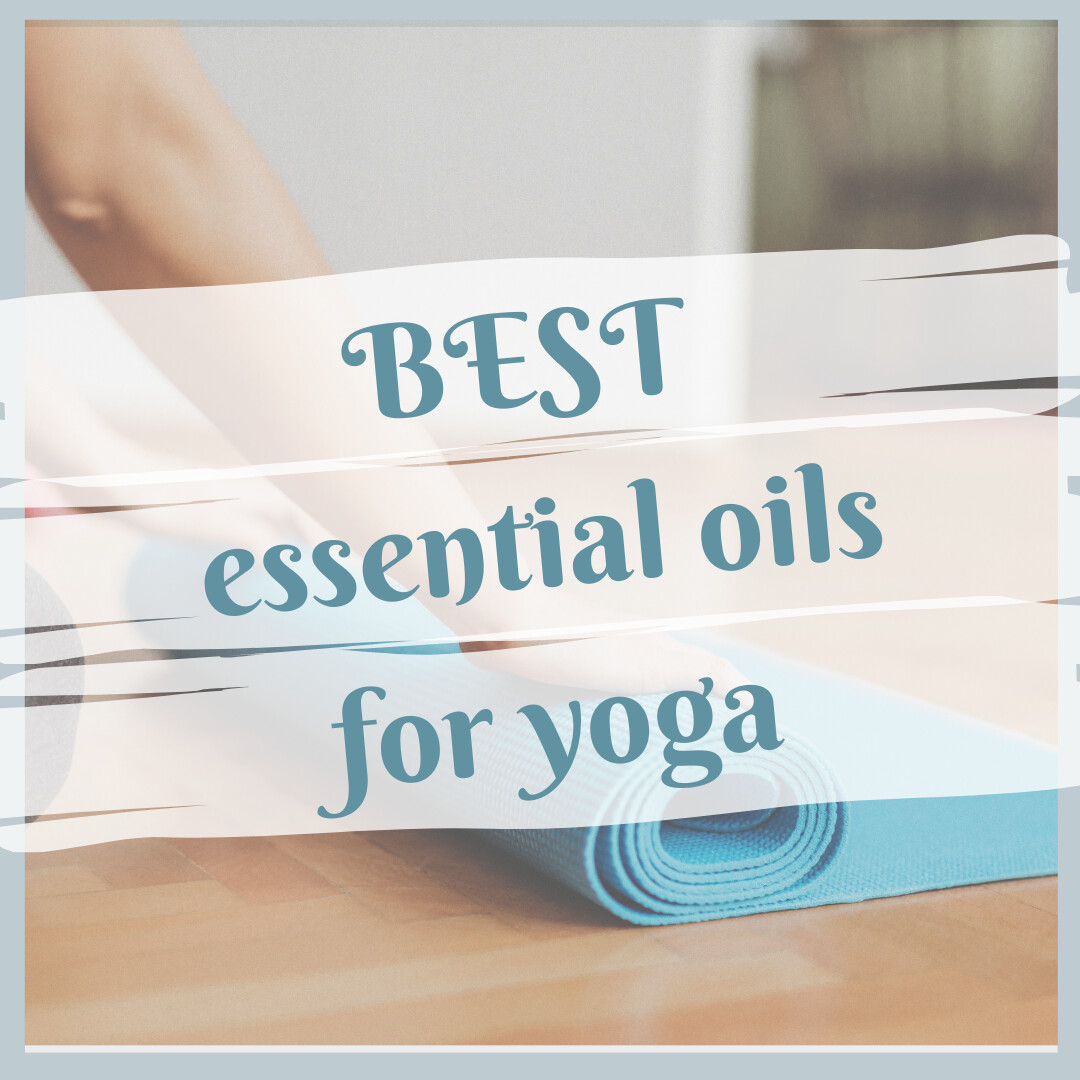 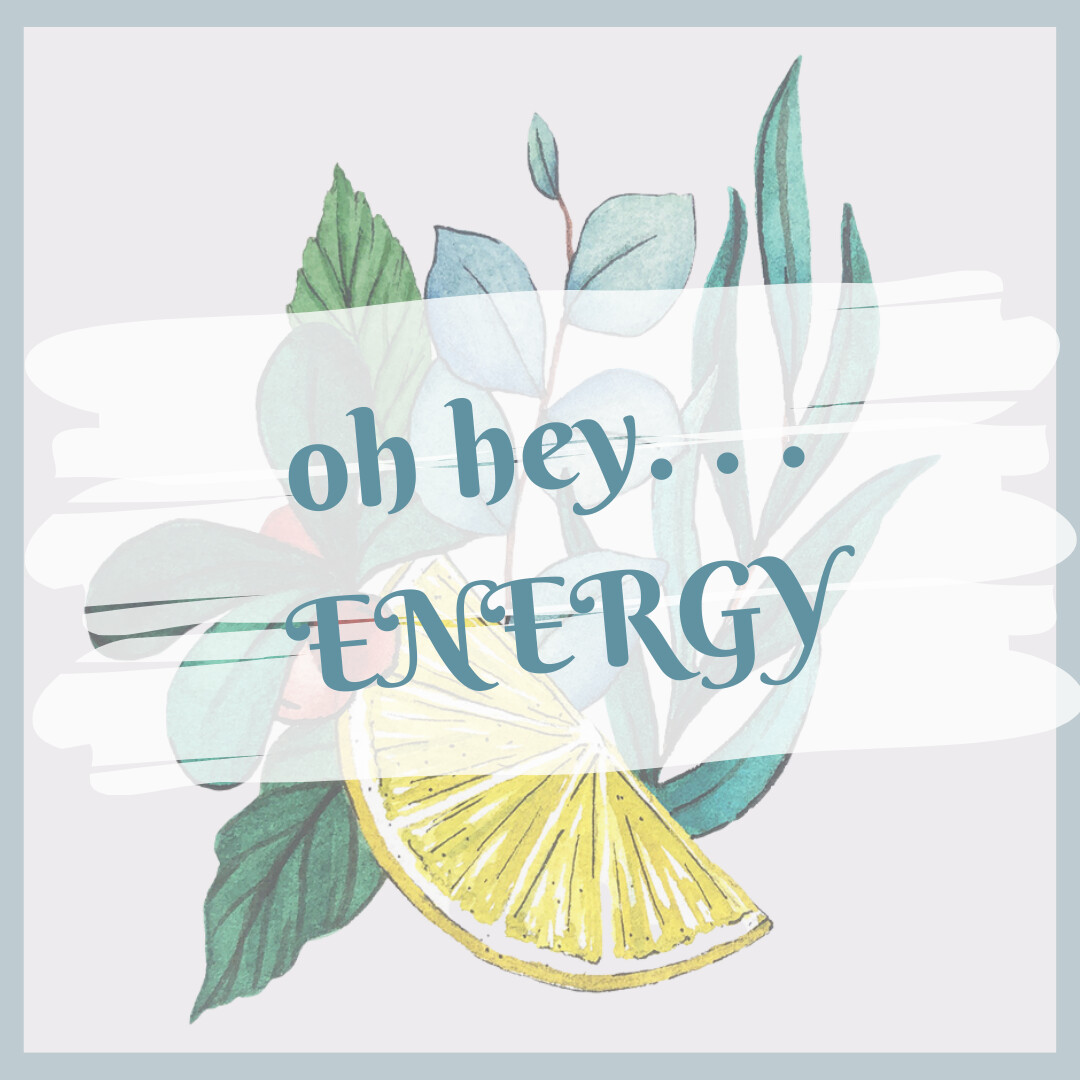 Exhausted?? Let's talk about it. 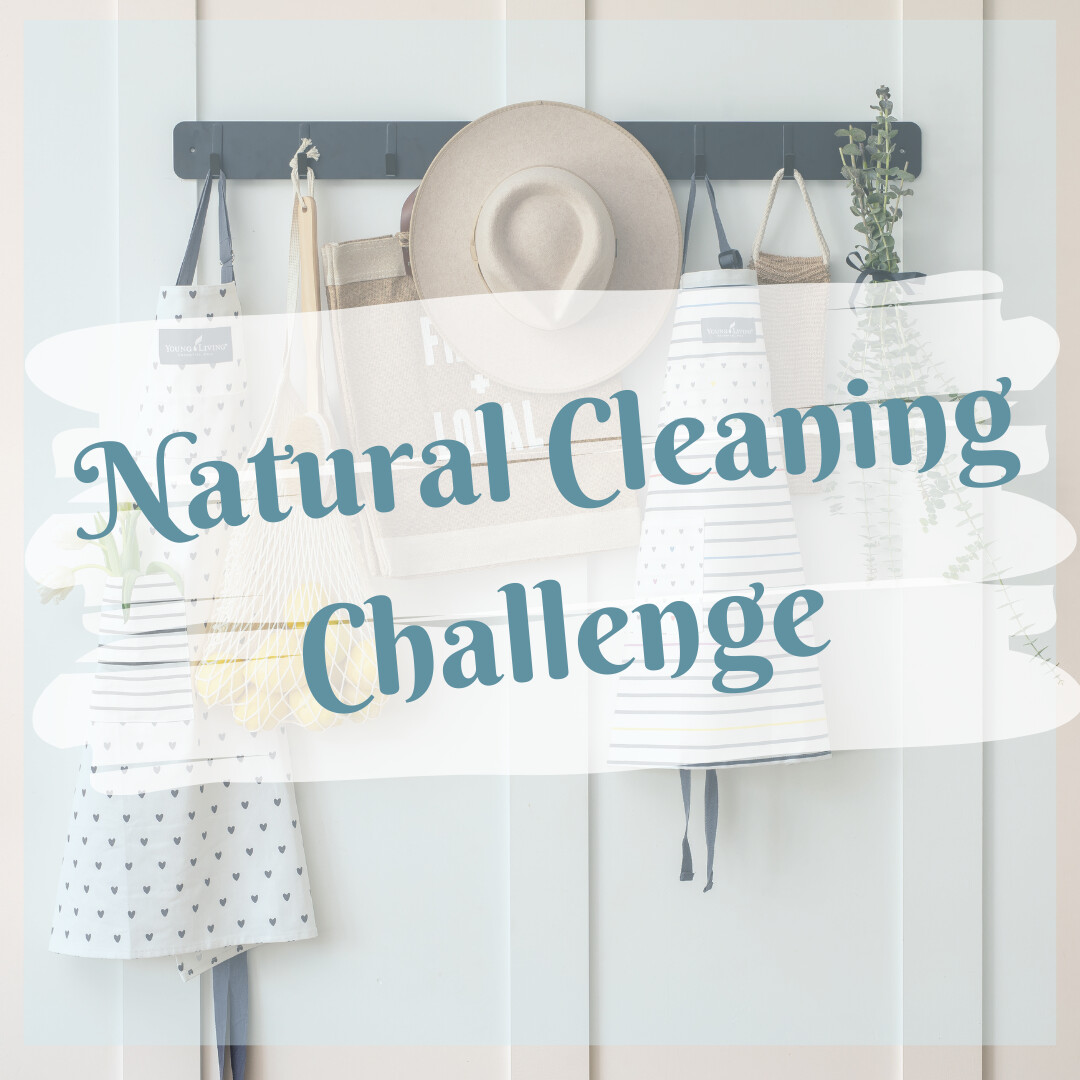 The Dirt on Natural Cleaning + Products

Hello, my name is Paula and I have served as a pastor for 20+ years. I am now retired from the pulpit and plan to spend more time doing all the things that have been on hold for a while, like having fun with my kiddos and grands, sewing, embroidering, knitting, and continuing to serve God, just in a different way.
There are a lot of holistic wellness advocates out there. There are a lot of natural living experts and spiritual guides, but there is only one of me.
I help women to take full ownership of every aspect of their health, from wellness in the physical body, to emotional balance, to spiritual well-being. I’m not here to provide a one size fits all approach, though. I’m here to work alongside you as your partner to discover your ultimate roadmap to health, wellness and the toxin-free lifestyle.
Want to know more about a better way, a God designed way to healthy, then please take a few moments to reach out. I am honored to be your guide.
In His service always,
Paula Behrens
Jesus Follower, Keynote Speaker, Pastor, Grandma, Encourager
& Healthy Living Counselor 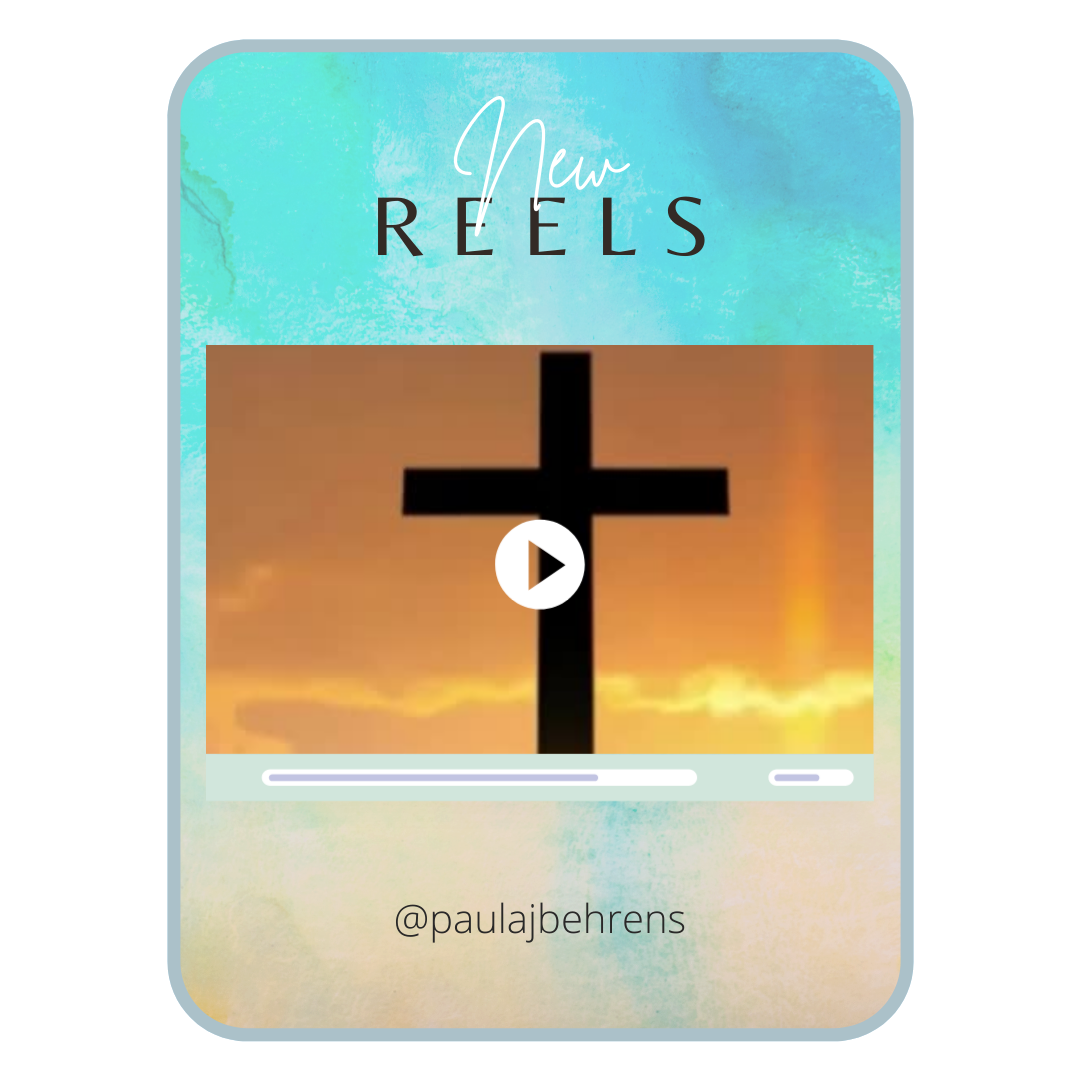